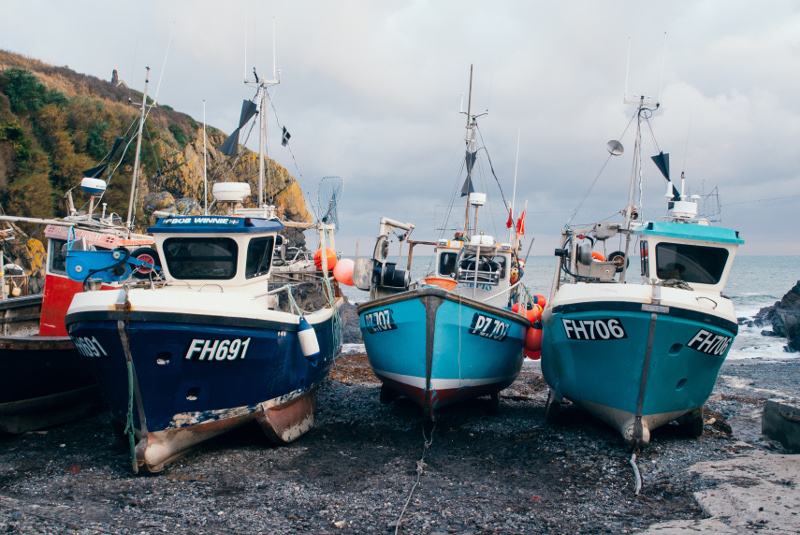 It is an old tradition to use cod livers to extract oil. In Iceland fishermen used to store livers in a container or in a hole in the ground outside their homes. By time the livers released the oil which was then removed with a scoop and put into bottles. During winter each family member took in a tablespoon or a good sip from the bottle. It was believed that this pure natural oil made people healthier, stronger and enabled them to endure the long and cold Nordic winters. The word Dropi comes from Old Norse and means a drop.

Bolungarvik is in Westfjords which is the northwest part of Iceland. The area is characterized by deep fjords, mountains, birdlife and rich fishing grounds. Bolungarvik is considered the oldest fishing port in Iceland.

According to Landnámabók (The Book of Settlement) Þuríður Sundafyllir settled in Bolungarvík around 940 along with her brother Þjóðólfur. Folklore says they had a disagreement and put a spell on each other, as they were both skilled sorcerers. Þuríður laid on her brother that he would spend eternity as a monolith on which all birds would defecate. Þjóðólfur in turn hexed his sister that she would forever stand where the wind blows most. The pillar that was said to be Þuríður collapsed in half in 1936. The legend says that same night “Þjóðólfur” sank in the sea. That night their spell washed away into the sea.

According to Landnáma (E. the book of settlements) Bolungarvík was settled by Þuríður sundafyllir. Her nickname, “sundafyllir”, translates as “channel filler” and it comes about because she is said to have used sorcery to fill the channels of Hålogaland in Norway with fish during famine in the area.  As she settled in Bolungarvík, she did the same with Kvíarmið, which are the same fishing grounds our fish comes from today.

Uses of fish oil through the centuries

In Iceland, fish oil (I. lýsi) has been used for various purposes, including:

Earliest known documentation of the oil is in the tithe laws (I. tíundarlög) from 1096. The laws suggest that any man paying tithe should pay 1 litre of fish oil to his church.

In the 19th century, people used to store the fish liver in a containar or in a hole in the ground outside their homes. When the liver had released its oil, the oil was scooped up and bottled. During winter, each family member would take a sip of the bottle as the oil was already then considered to make people healthier and stronger.